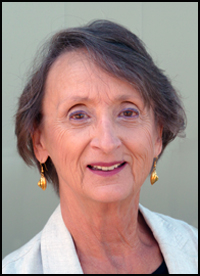 SANDY DREW retired in June 2011 from the State of Wisconsin Investment Board (SWIB) after spending 32 in Wisconsin public service. While there, she served as the agency's liaison with the Legislature and groups representing members of the Wisconsin Retirement System (WRS).

Sandy grew up in Rice Lake and attended the University of Wisconsin - Eau Claire, receiving a B.S. degree in English in 1963. While there, she was bitten by the political bug and after graduating worked for then Senator Bill Proxmire and the Democratic Party of Wisconsin. After following her husband's career to Minnesota and Maryland, Sandy returned to Madison in 1976 and began a career in public service which, except for a two year hiatus to Vermont, continued until retirement. In addition to her time at SWIB, she administered the state's campaign finance laws with the WI Elections Board, served as policy analyst and legislative liaison for the Office of the Commissioner of Insurance, and Director of Legislation and Planning for the Department of Employee Trust Funds (ETF). While at ETF and SWIB, Sandy gained a deep appreciation for the work the WCOA and other retiree organizations do to protect the WRS.

For several years, Sandy has had international students who are in Madison studying English live with her. Her son has accepted that he is no longer an only child, as several of the students have become her "other children". It has been such a rewarding experience that she is currently getting a certificate to teach English as a second language. In addition, Sandy is on the board of Housing Initiatives, an organization that provides housing for people who are homeless and have a mental illness and also devotes time to a number of other non-profit organizations.