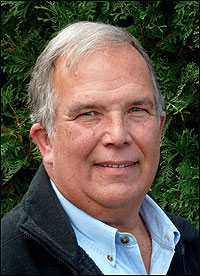 Chuck was born in St. Joseph, Missouri.
He attended Doane College in Crete, Nebraska for one year before transferring to the University of Missouri  Columbia, where he received a Bachelor of Science degree in English Education with a minor in Journalism.

He began his teaching career in 1970 at what-was-then-called Boys Technical High School in Milwaukee. He spent the next 32 years teaching at the same school  different names: Milwaukee Tech, then (and now) Bradley Tech. For the final years of his tenure with MPS, he was briefly the coordinator of the Home and Hospital Program and for two years the coordinator of the TEAM Program, which works with teachers in need of help.

Chuck retired in 2005. Since retiring, he worked with the CESA-1 office as a trainer and also worked with Harvard University as a trainer/evaluator for their Rivercity Project.