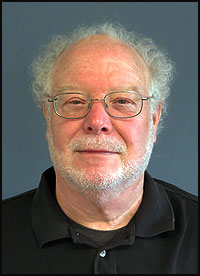 Jack is a life-long resident of Madison, graduated from Madison West and the UW-Madison with a BA in psychology.

He began his human resources career in 1974 at the old State Bureau of Personnel where he progressed through the ranks to senior specialist in the staffing section. He then became the Chief of Staffing Services at the Department of Workforce Development (then known as the Dept. of Industry, Labor and Human Relations). Over the twenty years in that position, he developed several significant programs that dealt with planning large scale layoffs, providing assistance to laid off state workers and automating administrative systems.

In 2000, he moved on to head the Employment Management Services Section at the Department of Transportation for 5 years. During that time he also served as head of the business processes team for the development of the States recruiting, testing and referral systems. After five years he was appointed as Director of the Human Resources Bureau of DOT.

In 2009 Jack was appointed by Gov. Doyle and confirmed by the Senate to be the Administrator of the Division of Merit Recruitment in the Office of State Employment Relations. He held that position through his five year term and retired in early 2015.

Jack resides in Madison with his wife, Bonnie. They have a daughter who lives in Milwaukee with her husband and daughter, and a son and daughter-in-law living in Anchorage.