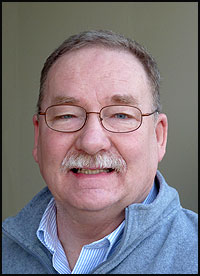 BERLAND MEYER retired from the Wausau School District in June of 2005. He spent 36 years in the District beginning as a student teacher in 1969 and leaving as a Central Office Administrator. During his tenure with the Wausau School District he had many positions including teaching 5th grade, being the Technology Coordinator, Director of Research, Title I Director, Elementary Principal, Director of Bi-Lingual Bi-Cultural Services, Assistant Superintendent for Instruction, and, finally, Deputy Superintendent.

Berlands roots are in Milwaukee where he attended the Milwaukee Boys Technical and Trade High School with plans to become a plumber. While he can still solder a pipe fitting he changed directions and got his BS in Elementary Education from the University of Wisconsin  Stevens Point. After being placed by the university in Wausau for his student teaching experience he was hired by the District and planned to stay there for one year. One became two, and two became five, and five became 36!!

After retiring he worked for the Wisconsin Department of Public Instruction in the Division for Student and School Success specifically working with Title I schools across the state. He served as the DPI Title I Liaison to the Racine School District and helped to develop a series of Annual Principals Leadership Retreats.

Berlands wife Bev, retired from the DC Everest School District in 2006. She continues to do literacy work in area schools. They have two daughters; Jennifer, a Strategic Analyst for McKinsey & Company, and Julia, who is finishing her PhD in Cancer Research at NYU. Jennifers husband Josef completes their tight little family.

Berland is active with Habitat for Humanity in Wausau. He oversees the house construc- tion activity for that affiliate. He has been involved in 20 house construction projects in the 6 years he has been retired. He completed his two-year term as President of the Wisconsin Retired Educators Association in 2011 and is now in his two-year term as Past President. Berland helped present WRS seminars to WREA members across the state. Hes grateful to Jane Elmer, past Executive Director of WREA, for her guidance and support and for all the work she has contributed to WREA and WCOA.