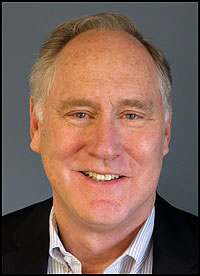 Miles graduated from Northwestern Military and Naval Academy High School in Lake Geneva Wisconsin and received his Bachelors Degree from Lawrence University in Appleton Wisconsin. Miles began his career in education as a social studies teacher in Hoffman Estates, Illinois, in 1969 to 1973. In 1974 he earned his M.A. in Educational Administration at the University of Northern Colorado.

From 1974 to 1978 he served as a principal for the Summit School District in Frisco, Colorado. He also taught anthropology and history at Colorado Mountain College in Breckinridge, during this period. Upon completing his doctorate in Educational Administration at the University of Northern Colorado, he moved to Puerto Rico and was the principal at Roosevelt Roads Middle/High School from 1980 to 1982. In 1982 he returned to Wisconsin as the superintendent for the River Valley School District.

After serving as superintendent in Spring Green he was hired as Executive Director for the Wisconsin Association Of School District Administrators. He served in that role for 24 years. Upon his retirement on June 30, 2013, Miles is looking forward to spending more free time with his family and friends and pursuing his hobbies of fishing, golf, international travel, and archaeology.