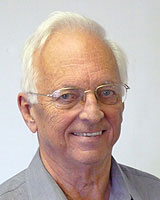 Dick retired from the Department of Corrections,(DOC), in 1997 after 34 years of service.

"Thought I would be golfing everyday of retirement but lost interest. Family, travel and too many other activities to enjoy. Like most retirees the days are all to short, or maybe too fast", says Dick.

Raised in Fox Lake, Wisconsin, Dick graduated from Milton College and Florida State University. He joined the WI Retired Corrections Personnel in 1997 and the Wisconsin Coalition of Annutitants,(WCOA), as a DOC represen- tative, in 2001.

Elected Secretary in June 2004, he knew it would be interesting to learn more about the Wisconsin Retire- ment System, (WRS) . He's found the members of WCOA to be an interesting and diverse group, sincere in protecting our investment and addressing issues and concerns for all WRS retirees.

Dick is married and has been a resident of Stoughton since 1971. He and his wife, Joan, have four children, and seven grandchildren. 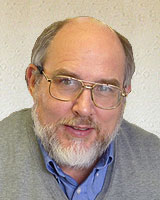 Bob is a retired Civil and Environmental Engineer from the Department of Natural Resources. He retired at the end of 2008 after 33 years working in the field of wastewater treatment with an emphasis on organic solids reuse and in water supply with an emphasis on water treatment. Bob primarily worked in the Central office of the DNR but also worked for 5 years at the South Central Regional office.

After starting with the DNR he became active in the engineering bargaining unit and the State Engineering Association. While an officer in SEA, he recommended that SEA hire a consultant to keep watch on retirement and insurance issues being considered at the capitol. Since he retired, Bob has served in that position for SEA. As such, Bob attends meetings of the WiCOA, the Group Insurance Board, Employee Trust Fund Board and SWIB on behalf of SEA and reports on activities of interest to SEA for current members and annuitants.

Bob was born in West Bend, WI, and attended the UW-Madison College of Engineering, as did his father and brother. He also completed a degree from the College of Agriculture in Natural Resources. Basically, he never left Madison once he arrived.

He met his wife, Nan, here and they settled in, both finding full time work in the area. They have three daughters and six grandchildren. Two are currently living in the area and one resides in Burbank, CA. He and wife, Nan, like to travel, attend UW football, basketball and hockey games as time permits. Bob is also active with Wisconsin Public Television, the neighborhood association, church, and retirement activities like the bike and bowl group, DNR golf league and card games with fellow retirees. 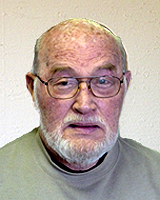 Jerry grew up in North Milwaukee, served in the Navy and in 1960 joined the Wauwatosa Police Depart- ment. Jerry promoted to Road Supervisor in 1971 and in 1981 was promoted to Detective, serving the City of Wauwatosa until he retired in January of 1993.

Jerry received an Associate Degree in 1972 and continued further studies at the University of Wisconsin, Milwaukee. In 1984 he was elected to the Board of Directors of the Wisconsin Professional Police Associa- tion and continues to serve on the board.

Upon retirement, Jerry was appointed to the Board of Directors of the Wisconsin Coalition of Annuitants representing the City of Wauwatosa.

Jerry and his wife Joan have been married for 47 years, have one daughter, two sons and five grand children. He enjoys hunting, musky fishing and bowling.

Twice a week Jerry picks-up clothing and food that is given away at his churches food and clothing pantries, where he is also a Stephen Minister. 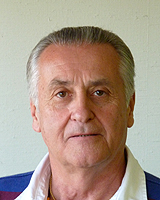 John retired from the West Allis Police Department, as a Sergeant, with 32 years of service. He served on the Wisconsin Professional Police Association's Board of Di- rectors for 16 years.

John is the current President of the West Allis Retirees Association with 285 mem- bers and is the city's repres- entative on the Wisconsin Coaliton of Annuitants. He is also a current board member of the City of West Allis Community Celebrations committee.

The West Allis Retirees Association is a charter mem- ber of the Wisconsin Coalition of Annuitants, (WCOA). Mr. Bill Guerin of the Retirees Association was one of the founders and original board members of WCOA.
John says, "Thanks to Bill and other past retirees for their groups involvement and hard work in forming WCOA."

John has volunteered for 28 years with the Special Olympics State Games held annually in Stevens Point.

He likes to stay involved with his grandchildren, and try's to do the best he can in all his volunteer activities.