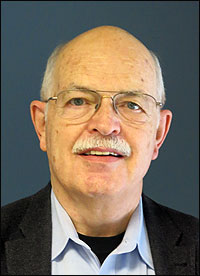 Chris Wren, who represents the Wisconsin State Attorneys Association on the WCOA board, retired in March 2018 following a career of more than 25 years as an Assistant Attorney General in the Criminal Appeals Unit of the Wisconsin Department of Justice, including service as the Departments Solicitor General. He also directed the Statewide Prosecutor Education and Training (SPET) program, which coordinates continuing legal education training for Wisconsin prosecutors, and served as the Attorney Generals representative on the Wisconsin Law Enforcement Standards Board, which sets standards for hiring and training law enforcement officers in Wisconsin.

Chris was born in Rochester, New York. In 1969, at the end of his first year at Brown University, he withdrew to enlist in the United States Army. He later joined the Washington (DC) Metropolitan Police Department as a patrol officer.

Chris resumed his undergraduate studies in 1973 at The George Washington University During that time, he worked as an intern and staff member for The Washington Monthly, writing an award-winning article drawing on his experience as a police officer (Letting Rizzo Do The Thinking). He graduated in 1976 with honors and a joint degree in journalism and political science. In 1979, he graduated from Harvard Law School. Following graduation, he worked as a research assistant for a Boston lawyer, researching and ghost-writing half of a book for use in antitrust litigation.

Chris and his wife (Jill) moved to Madison in 1980, where he began a one-year judicial clerkship with Judge James E. Doyle Sr. of the U.S. District Court for the Western District of Wisconsin. After working for three years as an associate in the Madison office of a large Milwaukee-based law firm, he joined the Wisconsin Department of Justice, thus beginning his career at DOJ.

In addition to his enlisted and JAGC service, Chris served as a Military Police Corps officer in the Army National Guards of the District of Columbia, Massachusetts, and Wisconsin. He also qualified as an Infantry officer and completed the Armys Command and General Staff College.

Although Chris handled hundreds of appellate cases during his career (including a successful U.S. Supreme Court case and more than thirty oral arguments in the Wisconsin Supreme Court), one stands out as memorably distinctive: an appeal by one of two inmates convicted of escaping from the Green Bay Correctional Institution by using two ladders constructed from braided dental floss to go over the prison wall.

Chris and Jill (also a lawyer) have co-authored two textbooks on legal research  one on basic legal-research procedures, and one on using computers in legal research. In retirement, he tutors at the Literacy Network and provides pro bono limited-scope legal representation through the UW Law Schools Veterans Law Center (VLC)